“…a carefully curated body of work showcasing the breadth of his production skill.” (Deep Medi Musik)

It’s the “carefully curated” that makes me weary – for all the implicit reasons, that surely don’t need re-hashing at this point. Might as well have ‘Made in China’ on the label. Maybe it is hard to do? Properly. Maybe not at this stage? Is there really ‘breadth’? I largely hear rather desperate wrangling – especially in these ultra-well dug-in genres. And don’t get me wrong, that can have its break-out thrills too, and be a challenge in itself for the young acolyte, but then it has to push through to darker chambers (and we’re talking way beyond the ‘Dungeon’ now). I’m talking about Speleology. Caving. Going much deeper.

Norbert Casteret is regarded by some as the modern father of this arcane pastime. He came from Saint Martory in France and between around 1920 and 1970 was one of the most active cavers of his era. Most of us have never heard of him. Why would we? He spent much of his life underground, often solo, feeling his way through unmapped passages to discover wonders we could never have imagined existed; vast underground cathedrals, raging starless rivers, cave paintings, human remains, relics from prehistoric times.

I only chanced on him myself a few years ago, in an old climbing magazine lamenting (not dissimilairly to the state-of-dance-music 2020) the safeness and lack of mystery and amateur adventure in the contemporary sport; now all big brand sponsors, urban climbing walls/gyms, kids’ parties, finger board training etc.

“He would often cave naked (except for a swimming cap) and only take a candle and matches along with him. When he came to a sump, where the water’s surface meets the roof of a tunnel or cave, he would blow out his candle, wrap it up with his matches and tuck them under his cap. Taking a deep breath, he would then submerge and with one hand keeping contact with the ceiling and one hand probing in front he would drag himself along – into the unknown. 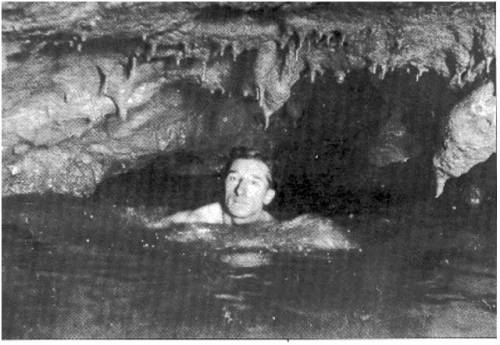 At this point most of us would probably be in the last throes of panic at the sheer claustrophobic terror, the near freezing cold water, the absolute pitch darkness, but Norbert would be calmly counting, Un, Deux, Trois …

He may not have known where he was going, or what he would find, but he knew what he was doing. He remained cool and collected. He knew just how long he could hold his breath for, he knew how cave systems worked and he knew the way back if necessary. If he counted to half of how long he knew he could hold his breath for and then went beyond that mark, he knew he would struggle to get back the way he’d just come and possibly even drown. But…if he felt the current change, the tunnel ceiling alter somehow or the water temperature change, he pressed on.”

J Sparrow. On a few of these tracks he almost dares to do this. Press on. Into the unknown. Particularly on ‘High Fidelity’ (post the cornball Rasta incantations – that’s ‘breadth’ is it?). At 00:54 there’s this utterly stark free fall into inky black, reductionism. He holds his breath; submerges; just a single kick drum every 4 beats, a sub bass pulse and an off kilter sonar, a tweak. That’s it! No generic cracking snare on the 3rd. No gooning bass blurts. (‘Un, deux, trois’…) It really could have been leading somewhere, if only he’d held his nerve.

But no. He bottles it and turns back.

That something so minimal and simple can seem so surprising, so suggestive even, is very – what? (I can’t quite put my finger on it) – 2019?