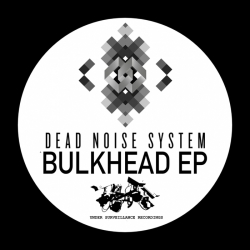 Far from evoking an underwater glide as the titles suggests (it just sounds too jagged, too ploughed up and ruptured to evoke the cold liquidity of the atlantic trench? A grim hunt, sure, but) ‘Radar’ feels rooted in a cold and lifeless landscape: Sea or land metaphors aside, this is probably their finest black ops, deep insertion yet. A rusty metallic beat clanks hard through the sinister creep of mustard gas FX and drone, while the bass saws and belches are so smeared out by reverb they merely fizzle limply above the wasteland like desperate flares put up in panic by wired sentries – highly unnerving and original.

There are possibly some comparisons to the likes of ARtroniks et al. to be made here. There’s a definite sub-cadre (away from from the big name dubstep ‘dons’ and labels) expertly crafting away in grim defiance who mercifully don’t seem to give a shit about producing according to the whims of the times, who don’t want their sound to be decorative, but true. There’s no false musical consciousness, just a kind of stoical grunt work that hits harder – DNS are dug in deep to their territory in this respect. Just don’t try a frontal assault on their position!